Consequently the use of biostimulants as an additional fertilization material has expanded recently
By Yaron Yutal, Senior Agronomist, Gat Fertilizers
June 1, 2017

Although biostimulants have been used in agriculture for several decades, their contribution to crops has not been widely recognized and the importance of research and development in this area has largely gone unnoticed.
Over the past decade researchers’ attitudes to biostimulants have undergone a dramatic change and the recognition of their contribution to increaed yields and improved crop quality has become widespread.
Consequently the use of biostimulants as an additional fertilization material has expanded recently.

Biostimulants have not been properly defined. They are not listed as fertilizers because they nearly contain no nutrient elements, although they are applied in low doses, they way pesticides/fungicides are, they are not considered to be medicines, pesticides, nor fungicides. The international organization for biostimulants was established for the specific purpose of defining and approving them.
Generations of farmers who cultivate their land in areas near deposits of sea algae, traditionally applied them either directly or after composting to improve the soil’s fertility and increase the plants’ crop’s yield. 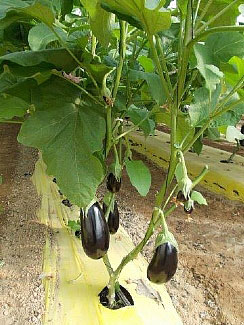 In modern times, the production of a fluid concentrate extracted from algae began during the 1950s and currently the majority of the commercial concentrates are produced from brown algae.
The concentrate owes its acceptance as a growth stimulant to the presence of plant hormones and other constituents low molecular weight. Some of the concentrates also contain larger molecules, including distinct poly-saccharides and poly-phenols. 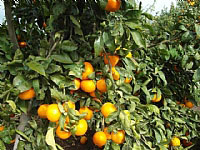 The increased content of chlorophyll, soluble protein, anti-oxidants, phenols and flavonoids in these concentrates enhances the plant’s metabolism and enhances the plant’s physiology. This enhancement stems from the vigorous activation of the genes involved in binding carbon, absorption and regulation of nitrogen metabolism, nitrogen carriers in the roots and also due to intensified photosynthesis, nitrogen assimilation and basic metabolism.

The concentrates assist in the absorption of nutrients by the plant, which then displays increased development of roots and their elongation as well as the growth of lateral roots, all of which encourage the growth of the plant’s foliage leading to an increased yields. They also contribute to the plants resistance to a-biotic stress.
As already noted, fertigation combining fertilizer solution with algae extracts facilitate improved nutrition and are effective for growth.
Therefore, Gat Fertilizers has launched a series of biostimulants made of concentrated algae extracts: “Bio-Gat Algae 21” – extract from brown algae, and “Bio-Gat 30” – extract from green algae.

Bio-Gat algae solutions can be applied directly by fertigation: one to two liters per 1,000 m2, in each application, three to four times per season, for a total of four to eight liters per dunam (1,000 m2) per season.
The application of algae extracts by fertigation is recommended with all types of fluid fertilizers as an additive in a concentration of 1.5% to 2% by weight.
That will provide a continuous supply of thealgae extracts from the initial growth phase .
The team of Gat Fertilizers’s agronomists will be pleased to offer advice on the choice of the most suitable Bio-Gat for each specific crop as well as providing instructions for their application. 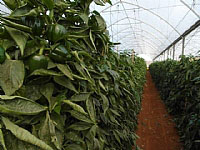